On 15 November 2022, the Vanguard Initiative (VI) organised the closing conference of the “VI Innovation Networking Initiative to accelerate the digital transition in healthcare” in Brussels.
The event was organised by a consortium of VI regions including East Netherlands, North East Romania and Lower Austria as part of the Smart Health Pilot under the umbrella of the Joint Research Center (JRC) Science meets Regions Initiative.

The conference was opened by Michael Stibbe, Deputy Permanent Representative of the Netherlands and followed by a welcome word by Eddy van Hijum, Member of the Executive Council of the Province of Overijssel.
The first part of the event was kicked off by Paolo Martinez from Futour, who joined the conference online. Paolo elaborated on the JRC's Innovation Camp methodology and mind-set.  The Innovation Camp methodology enables regions to address local social challenges and design innovative solutions to address them. The focus is hereby on real-world challenges and the Innovation Camps are an entrepreneurial discovery process.  Multidisciplinary teams develop new ideas and new ideas and perspectives on the real-world challenges that the quadruple helix from regions brings to the Innovation Camps. The key challenges are how to facilitate cooperation between regional ecosystems at the EU level and how to facilitate cooperation between local stakeholders as part of EU health communities. 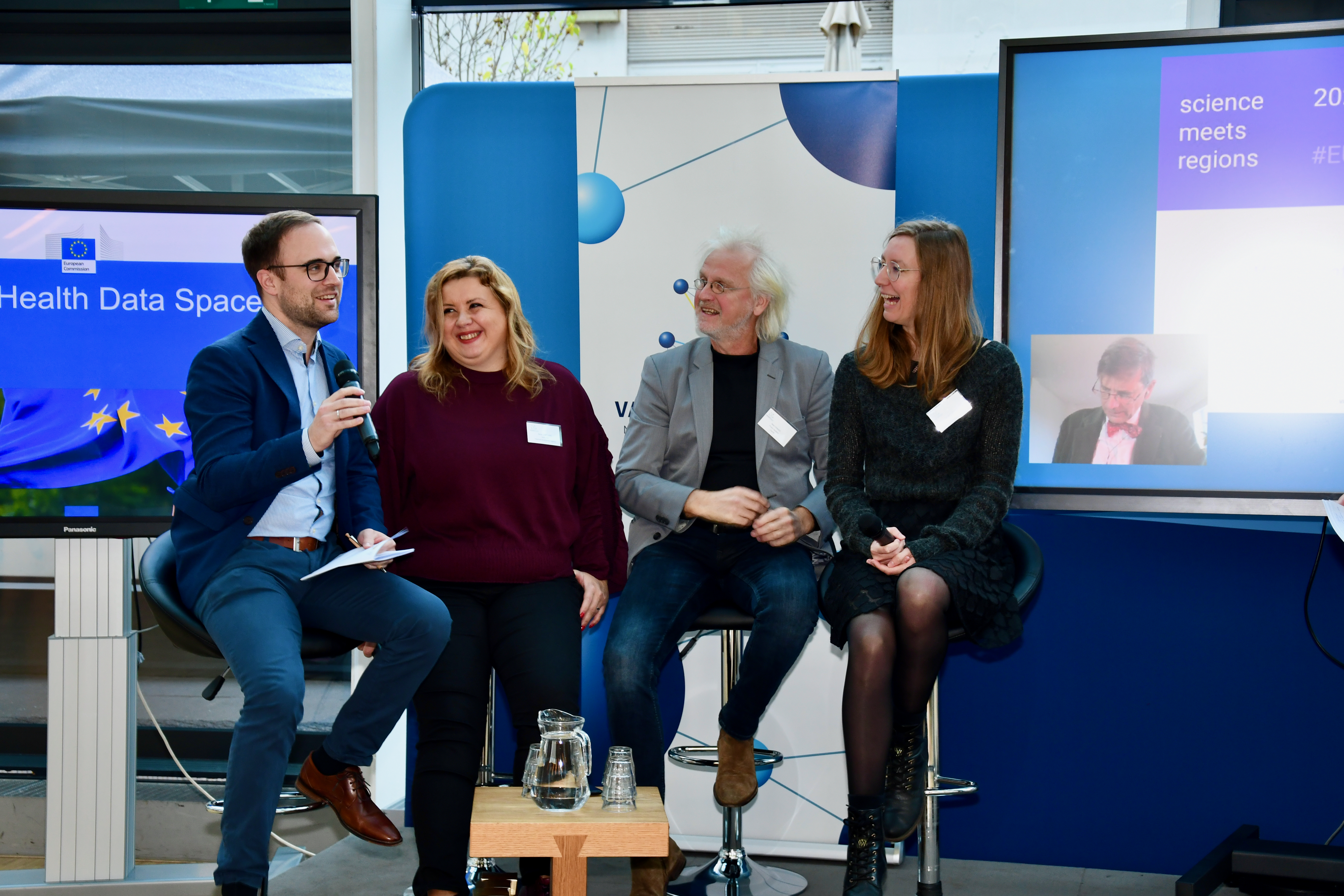 This was followed by a panel discussion with representatives from the VI regions of Lower Austria, North-Eastern Romania and Eastern Netherlands. They discussed the takeaways from the five previous seminars organised in their regions.  Alina Capitanu from North-East Romania discussed the need to develop micro- and macro-level cooperation and partnerships.  Jolien Roovers from Flanders spoke about the pooling of biomedical, technological and knowledge-based expertise already available to Belgian regions.  Alexander Auer from Lower Austria gave some insight into their experiences with new IT systems in health care and health technologies in research. And the representative from Eastern Netherlands, Marc Rinkes, contributed to the challenge of connecting communities of care to the regional Smart specialization platform. 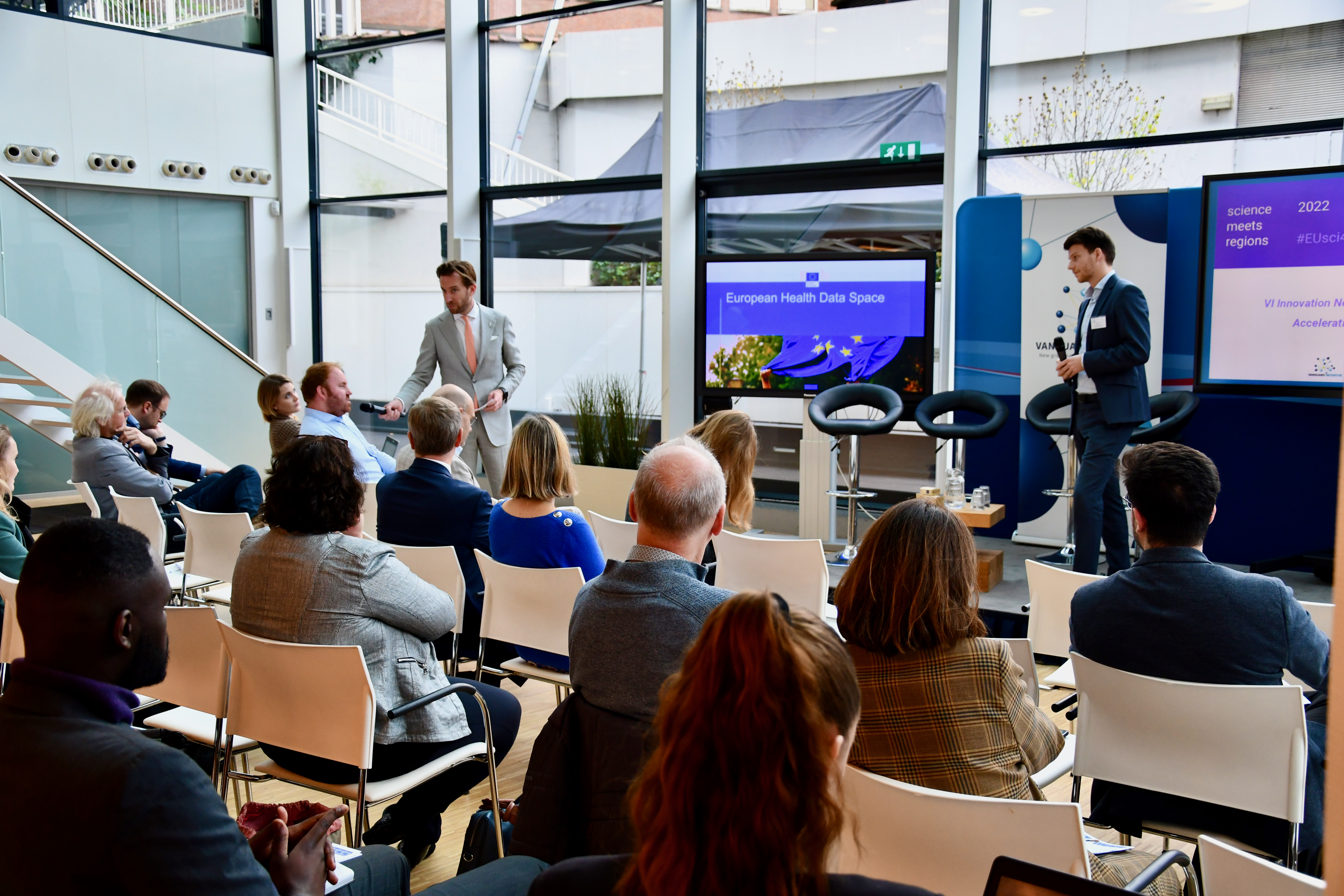 The panel discussion was followed by several interesting questions from the audience on the various innovative initiatives.  The biggest hurdle mentioned is the varying national legislation in the Member States, including in relation to the application of the GDPR. Harmonisation is needed to implement a new system in all countries.
Hugo van Haastert, European Commission, DG SANTE – Digital Health, then presented the European Health Data Space. It will provide a strong legal framework for the use of health data for research and innovation of public health care. Under strict conditions, researchers and industry will have access to large amounts of high-quality health data that are crucial for developing medical treatments, medication, vaccines, and overall improvement of the national healthcare systems.
The EHDS will allow people to control and access their health data in their own country or in other Member States.  To safeguard citizens' rights, all Member States will have to designate digital health authorities.  These authorities will participate in the cross-border digital infrastructure ([email protected]), which will allow patients to share their information across borders.  Currently, the [email protected] system provides two services: the Patients Summary and the ePrescription. Today, 11 Member States are active in the system and the other Member States will join in 2025.
The next speaker was Krijn de Veer, Health Attaché to the Dutch Permanent Representation, who gave the Netherlands' views on the EHDS.  The starting point is that better research leads to better health care. But there is also the issue of data storage and public trust.  To gain this trust, it is important that citizens have control over their own data and have to give consent before it is used for research.  An important question is what anonymised data may be used for research without violating citizens' privacy rights. 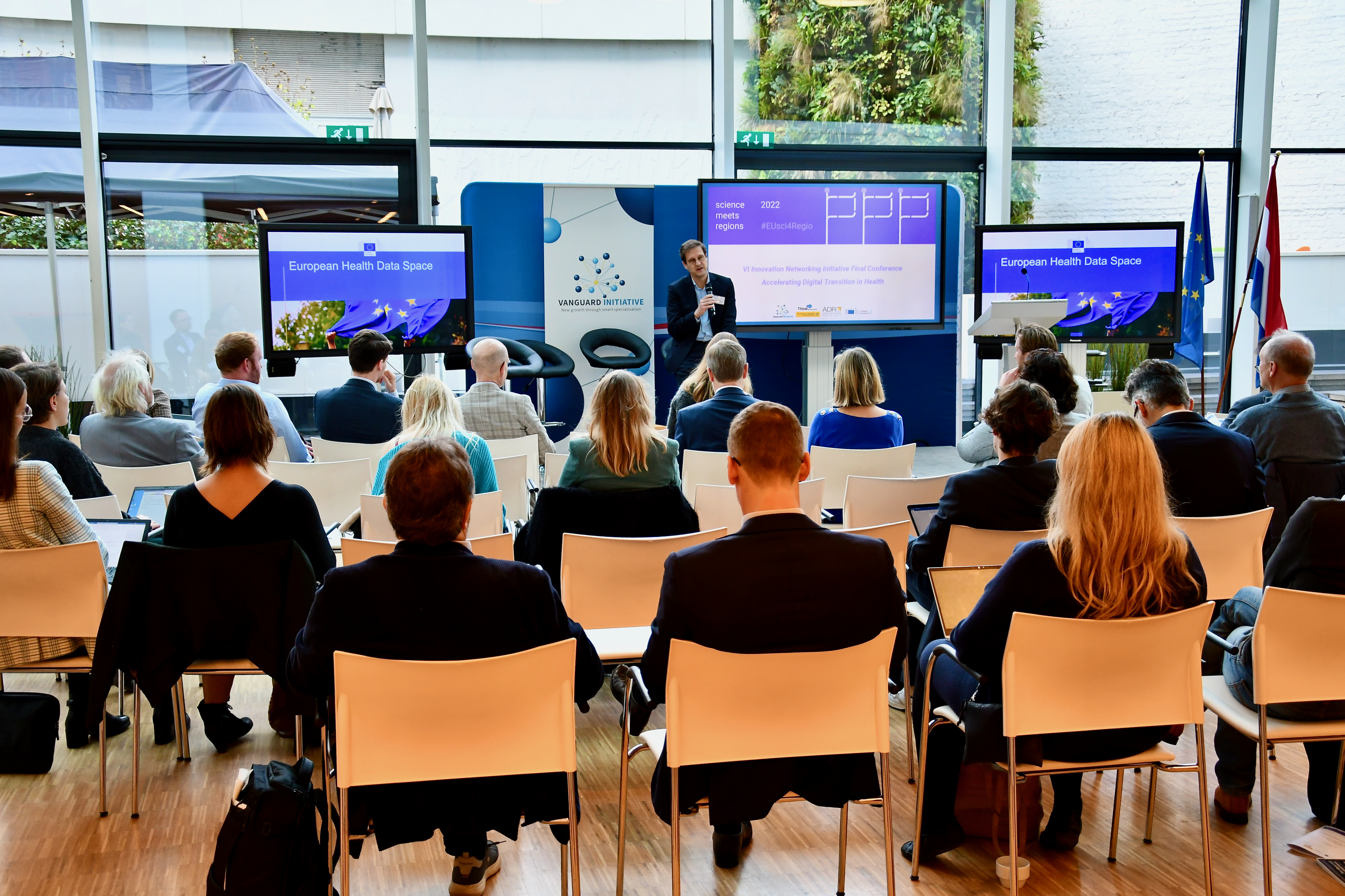 The second part of the conference focused on value chains for smart healthcare, with Patrick Brenier, European Commission, DG Research and Innovation, speaking on the European New Innovation Agenda. This includes the Regional Innovation Valleys, networks of regions selected through open calls for proposals (EIE or I3) based on joint action plans to fund deep tech scale-ups aimed at strengthening innovation in European innovation ecosystems across the EU.
The conference concluded with an animated Q&A with the audience and a networking luncheon for the participants. 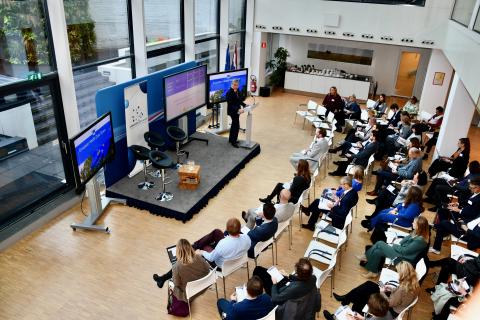 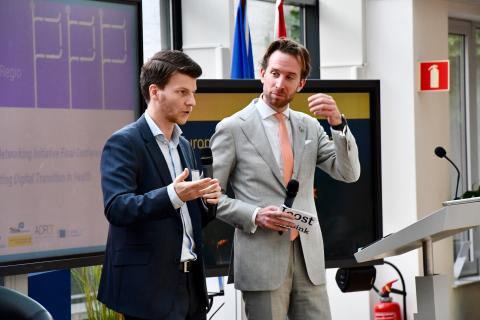 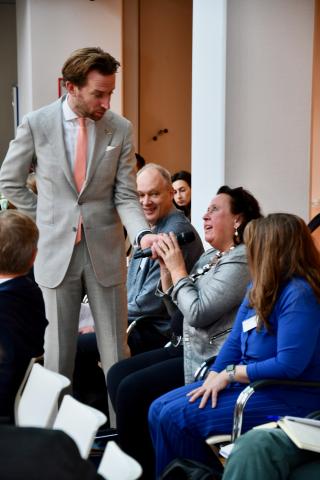 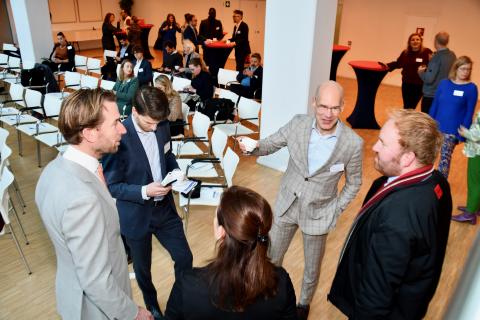 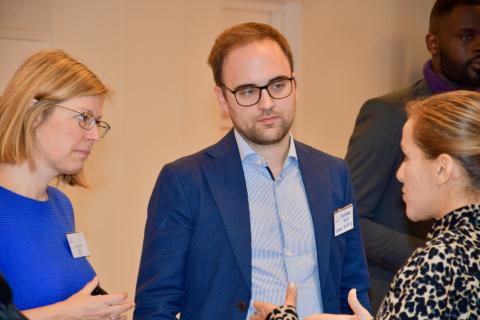 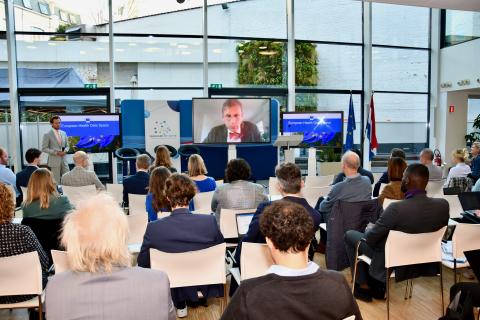 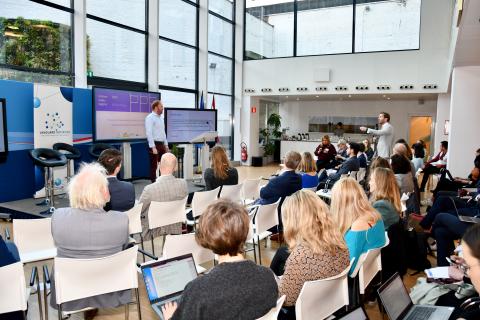 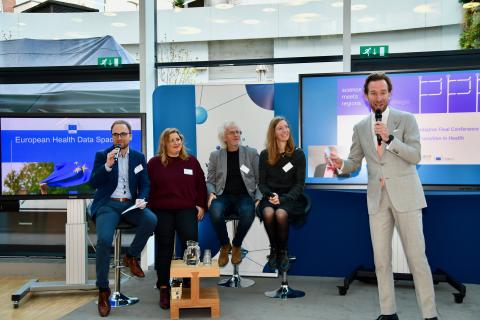 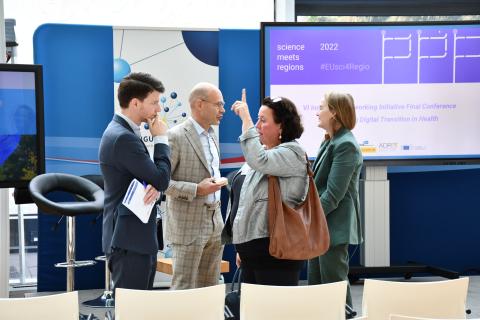 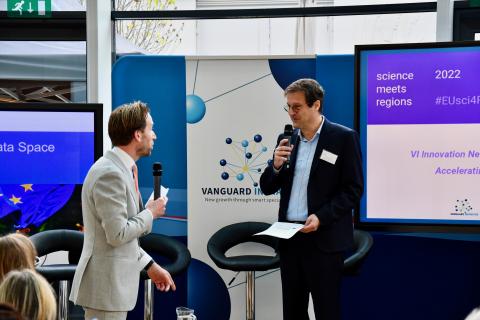