The Vanguard ESM Pilot initiative addresses the development of a European network of pilot plants in manufacturing efficiency and sustainability. It is aimed at sustaining the competitiveness of the European Manufacturing sector, by allowing the exploitation in Europe of innovative efficient technologies, methods, processes, and standards in production, contributing to pollution and energy consumption reduction and facilitating smart usage of resources.

The ambition of the ESM pilot plants will be to address multiple enabling technologies in a systemic perspective, making available an infrastructure that is currently not existing, due to its complexity and to the high innovation level of the industrial applications for which it is conceived. These pilots will be open to companies, constituting a neutral and cooperative playground for cross-sectorial and interregional collaboration, facilitating access to state of the art and newest process technologies to all European manufacturing environment.

Since its start-up, the ESM pilot has defined a structured methodology consisting in a mixed bottom-up and top-down process in which regional actors were called to express their priorities, in terms of pilot plants in a structured format and in line with regional S3 and the involvement of companies. Proposals were clustered considering their synergies and complementarities and inter-regional teams of European experts in charge of collaboratively develop pilot plants projects with a European added value are established. Out of about sixty regional proposals, five pilot plants projects emerged and during these years they have developed their contents. Up to now four demo cases are following the steps of the defined methodology which consist of:
i) Pilot Concept definition,
ii) Business planning,
iii) Pilots funding and implementation.

According to their status of progress, the activities that are implemented at pilot level are intended to support demo-cases with the aim of bringing the projects a step forward. To achieve this goal pilot coordinators and demo-case coordinators are working on the submission of project proposals under divers EU, national and/or regional programmes to foster the content development while at the same time leveraging on workshops and events to promote cooperation and collaboration among the Regions and the actors involved and to further expand the existing network.

The ESM pilot organises two plenary meetings every year: one to report the midterm achievements of the demo cases and the other one in December to provide an overview of the yearly progress as well as to present the plan for the following year. For what concern the ongoing project activities through which the pilots and the demo-cases are supporting their development, there are:
- Greenomed (INTERREG MED): https://greenomed.interreg-med.eu
- SCREEN (Horizon 2020): http://www.screen-lab.eu 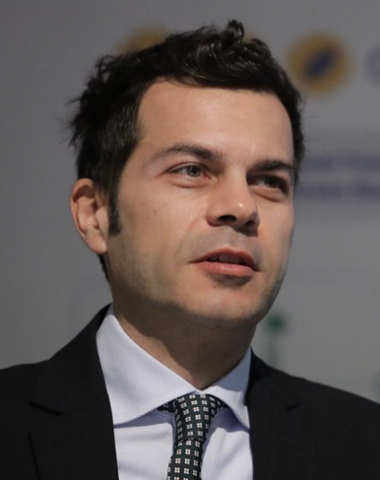 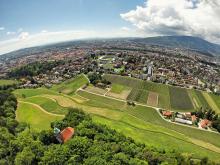 Objective: Integrate a multidisciplinary set of advanced and innovative enabling technologies and digital innovations in the field De-and Remanufacturing (TRL 7-8)

This demo-case is focusing on advanced sustainable surface treatments and material technologies for functional polymer components in various applications. It is aimed at deployment and integration of Networked Pilot lines and plants with processing and characterization capabilities for Sustainable polymer advanced surfaces manufacturing at large industrial scale, where to collaborate, validate and up-scale efficient, sustainable and economically competitive products and processes, are the objective of this pilot concept towards high TRL opportunities .

The demo case Digital Transformation aims to support the development of Pilot lines of CPS-oriented flexible and agile assembly / manufacturing systems connected to digital and virtual factories, implementing advanced applications typical of Industry 4.0, such as predictive maintenance, augmented reality workspaces and energy consumption optimisation. A network of regional competence centers in CPS / IOT technologies meet here needs and requirements of innovation plants at EU scale, by providing advanced services through a common Innovation and Collaboration platform. Digital Transformation demo case will contribute to support companies (specifically SMEs) in scouting, experimenting and evaluating vendor-independent technological solutions for the optimization of their assembly / manufacturing processes by the execution of use cases in a pan-EU network of experimental facilities.

During the 2021 ESM Plenary event, Slovenia presented the "Circular Economy in Textile Secto

ESM Plenary Event: the achievements of 2021 and the future plans for 2022

On the 9th of December the final event of the Efficient and Sustainable Manufacturing Pilot take place, co-coordinated by Giacomo Copani (AFIL, Lombardy), Patrick

On the 30th of June was held the Mid Term event of the Digital Transformation demo-case, co-coordinated by Sergio Gusmeroli (Politecnico di Milano, Lombardy), Coed de Graaf (Province of Noo

Vanguard ESM pilot and Digital Transformation demo-case coordinators are pleased to invite you to the 2021 Mid Term event to be held on June 30 from 9:30 t

Within the demo-case “Polymers based functional products” of ESM p

The report is available here.

The document is available here.

In 2021, ESM activities will be managed in continuity with the previous years, focusing specifically on the development of demo-case projects and on the consolidation of use-cases enlarging the ind

This Annual plan is the main reference that will guide the ESM Pilot activities during 2020.

In 2020, the activities of the pilot will be managed in continuity with the previous years, focusing on the development of demo-case projects and on the consolidation of use-cases enlarging the ind

The event was an opportunity to share demo-case progresses and future activities, through the presentation of AI REGIO project updates and related Open calls, which recently opened.
Moreover, with the aim to strengthen and further expand Digital Transformation network, the demo-case coordinators have launched an expression of interest for new experiments: you can find the template attached.

The presentations and the link for the recorded session are available here: https://www.dropbox.com/sh/s2toxaojk5ruiqs/AADA8sUT19dMdSyCipNel-0-a?dl=0

This document outlines the work plan for 2021.